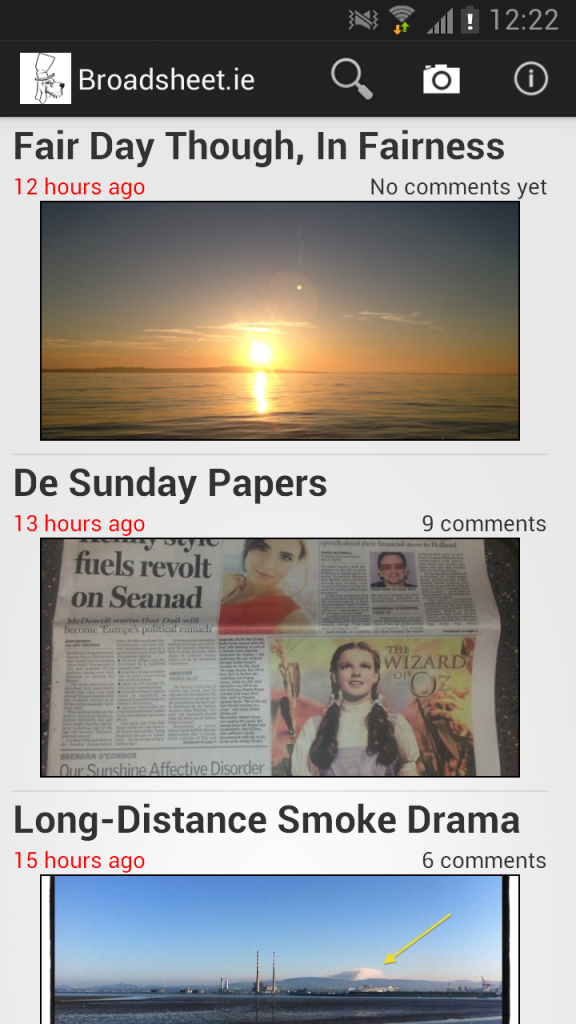 Finally, more than two and a half years after my iOS version was released I’ve built an Android app for Broadsheet.ie and it’s available now on the Google Play store.

The app doesn’t quite have feature parity with the iOS version but is close enough that it warrants release (especially considering the clamouring for it from the readers). I will be actively developing it over the summer in step with some updates to the iOS app.

The Android fragmentation issue means I’ve not been able to test it on all platforms, but I’ve made an effort to ensure it works on the top 10 devices that access the website. Hopefully the app won’t look too bad outside of these.

Think you can do better?

As with the iOS version of the app, the code is available on GitHub under the MIT license. I do this not in the hope that someone will come along and fix bugs or improve it but in case someone else finds it useful and wants to use it.

I would, of course, be delighted if someone actually did create a pull request…

And now over to you

The Android using section of our readers have been very vocal about wanting an app. When presented with evidence of lower engagement on the site from Android the lack of an app has been blamed (an opinion which I don’t subscribe too – it seems more like Android users don’t really use their devices compared to iOS).

The only way developers are going to take Android seriously is if people actually use their phones and download apps. So grab the app today and make this developer a happy man!